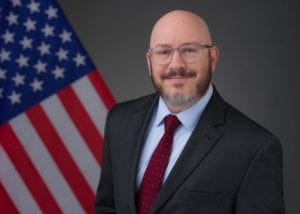 After graduation from law school, Mr. Altman served as a Judicial Law Clerk in Maryland’s highest trial court.  Thereafter, he became an Associate at the Law Office of Landsman and Ronald, LLC., where, for more than six years, he litigated numerous jury and bench trials and represented clients at various administrative hearings and proceedings.  He handled complex claims and litigation, including personal injury, premises liability, construction defects, product defects, workers compensation, criminal and traffic matters.

Both of Mr. Altman’s grandfathers served during WWII, with one receiving a Purple Heart for his military service-related injury.  Mr. Altman has additional family members and close friends who have served in various branches of the military. He has witnessed a multitude of injuries, diseases, disorders, illnesses, and other conditions incurred by Servicemembers and Veterans related to their service to the United States.

After moving with his family to San Diego, Mr. Altman now utilizes his extensive professional experiences to assist Veterans in securing the benefits they have earned and are owed.  Mr. Altman and the Law Offices of Peter S. Cameron, APC look forward to speaking with you regarding your claim.

The Veteran Appeal Lawyer is based in San Diego and provides assistance in cases nationwide.